RootAdmin was formed to allow developers to freely share their knowledge, code and ideas. We believe that by opening your code to others, by teaching those who are learning, and by sharing our daily experiences we all become better programmers.

We understand that no matter how advanced you are in your field, we were all beginners once. There's always something more to learn.

Matthew Dennis
As Senior Architect, Matthew is responsible for the Architecture, Design, and Coding of the CodeProject software as well as Manager of the Infrastructure that runs the web site.

Matthew works on improving the performance and experience of the Code Project site for users, clients, and administrators.

Matthew has more years of software development, QA and architecture experience under his belt than he likes to admit. He graduated from the University of Waterloo with a B.Sc. in Electrical Engineering. He started out developing micro-processor based hardware and software including compilers and operating systems.
His current focus is on .NET web development including jQuery, Webforms, MVC, AJAX, and patterns and practices for creating better websites.
He is the author of the Munq IOC, the fastest ASP.NET focused IOC Container.
His non-programming passions include golf, pool, curling, reading and building stuff for the house.

Chris Maunder
Chris is the Co-founder, Administrator, Architect, Chief Editor and Shameless Hack who wrote and runs CodeProject. He is also co-founder of Developer Media and ContentLab.IO. He's been programming since the 80's and has been, in various guides, an astrophysicist, bacyard mechanic, mathematician, physicist, breeder of carnivorous plants, hydrologist, geomorphologist, defence intelligence researcher and then, when all that got a bit rough on the nerves, a web developer.

He is kind to small animals and has a soft spot for cheesecake.

Chris was born and bred in Australia but splits his time between Toronto and Melbourne, depending on the weather. For relaxation he is obsessively into road cycling, physiology, occasionally snowboarding and rock climbing, and wishes he were a storm chaser. 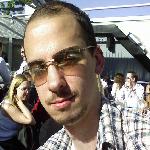 His background in programming is primarily C++ and HTML, but has experience in other, "unsavoury" languages.

He loves movies, and likes to say inconceivable often, even if it does not mean what he thinks it means.

Deeksha Shenoy
Deeksha got her Master's degree in Information Systems and learnt how to program in HTML, C++, SQL, Java and JavaScript. She has worked in the capacity of Systems Operator, Systems Administrator, and Project Manager during which she interacted a lot with professional programmers.

Editing articles written by smart and experienced programmers on The Code Project is a job she loves and it keeps her updated on the latest technologies.

She has lived in four countries in the last 10 years and has a flair for learning new languages (not the programming ones).
She enjoys playing with her 3-year old son, travelling and listening to music.

Smitha Nishant
Smitha is a software developer, and has been in the industry since January 2000. She has experience in ASP.NET, C#, Windows Forms, Visual Basic, ASP, JavaScript, VBScript, and HTML. She has been with CodeProject since 2003 and currently works as Senior Editor.

In her free time, she tries out new dishes, reads a little, and puts together jigsaw puzzles. Originally from Trivandrum, Smitha currently lives with her husband and fellow CP'ian Nish [^] and her son Rohan in Columbus, Ohio.